What is Beer Brewery and what are the types?

Ever heard about beer brewery in India? This article is your complete guide to it.

Beer is one of the most consumed drinks in the world. If you are to compare it with the popularity of tea and coffee, well maybe you lack somewhere. Irrespective of gender and age, people of all ages enjoy having a beer. Don’t there? Well, a lot of people consider that beers cost them a lot. It won’t if you get your bottle of beer from the beer brewery in India.

Beer, the prominent alcoholic drinks around the world, happens to be a favorite of many. It is usually brewed from different cereal grains such as wheat, maize, malted barley, and rice. Beer isn’t something new but has been in the world for a long time. The Code of Hammurabi mentions the code of beer making. To reduce the cost of beer, several beer plants are being set up for all.

What is a beer brewery?

A lot of people who drink beer are already familiar with what a beer brewery is. A beer brewery in India is a company of plant that makes and sells beer. The beer plants in India are also referred to as Beer house and has a lot of equipment. The commercial process of beer brewing started back in 2500 BC, in ancient Mesopotamia.

The history of beer brewing shows the difference for social sanction and division for the Holy Goddess Ninkasi. Initially, beer production was done at home, but with gradual developments in technology, it is being done at the industries, on a large scale basis. The process of beer brewing in India has seen rapid development over the ages. You can sincerely rely on it and have a great time.

Types of a beer brewery in India

If you know the process of beer brewing, you know that there isn’t one, but a lot. A lot of Indian brewers developed into the market, making this business one of the most known ones. There are different types of a beer brewery in India and around the world. Some of the most prominent types of beer plant in India are as follows:

As the name suggests, nano-breweries are the smallest types of the brewery. Seldom would you find such beer brewery in India? Such a brewery may also be considered to be a part of Craft Brewery. The nano-brewery is capable of producing only three smaller barrels of beer in India.

The microbreweries in India are slightly bigger than the nano breweries. However, they are still categorised under craft brewery in India. A single owner holds most of the stakes of the microbrewery.

The microbreweries in India work on a small scale and produces lesser than or 15,000 beer barrels in a year. They are very much prominent in the local market. Microbrewery in India is very much adaptable, innovative, and flexible. The brewers in India put major focus upon the brewing style to bring out the rich taste and flavor. 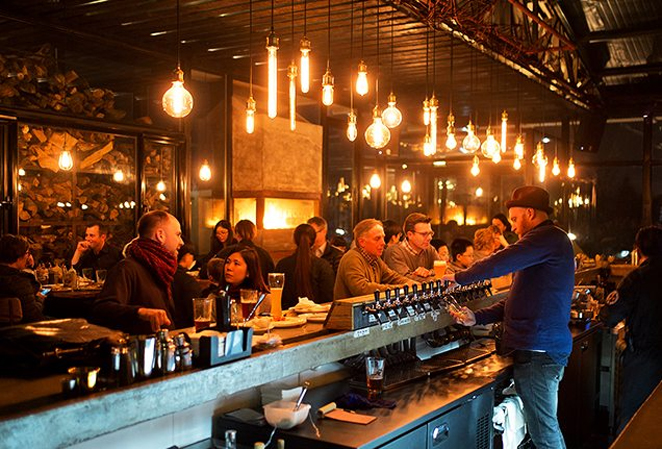 Brewpubs are the large beer plants in India where several barrels of beer is produced. The brewpub is basically when you sell and make beer at the same place. Brew and Pub are combined to make up for brewpub. It won’t be wrong to call them beer pub or beer restaurant. Brewpubs usually sell more beer than craft brewery or microbrewery in India.

Beer connoisseurs love brewpubs. Why? Because they get to taste the authentic beer. While in a beer pub, you can be sure that you are getting fresh beer. Such a beer brewery in India is very famous. The in-house and in-kitchen beers are very famous across the country.

In craft brewery, most of the stakes should be owned by the owner. The brewer puts special attention in the fermentation process for a fresh and better taste. As a craft brewer, special focus should be given on innovation. It will help to bring out the better taste and altogether a unique flavour.

Farm brewed beer is not used for commercial purposes, but usually for residential ones. It has an unconventional flavour that is distributed among all. The ingredients are grown in farm and then brewed to produce beer. So, there’s a unique and natural taste.

Are there any gypsy beer brewery in India?

Gypsy brewing is one of the prominent types of nomad brewing, falling under the category of contract brewing. You can seldom find Gypsy brewery in India, for they do not have a fixed location or equipment. Gypsy Breweries usual function on their own temporarily with the help of any other brewery. These breweries are special as they make special kind of beer, with an unusual taste. 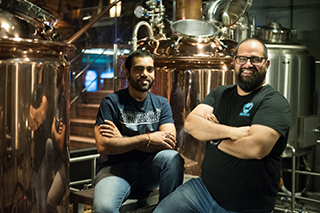 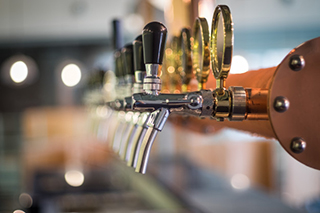 Gypsy brewing began in Scandinavia and has been in prominence ever since then. This technique of beer brewing further spread in America and Australia. Large Gypsy brewers can produce excess beer capacity. There are a lot of Gypsy beer brewing companies in the world, traveling around different countries and producing several beers. One such fine example is of Mikkeller, whose founder, Mikkel Borg Bjergsø set a record by brewing 200 different types of beer in the countries.

However, a microbrewery in India happens to be one of the most prominent types of the brewery. If you have been planning to set up one beer brewery in India, you should prefer reaching out to the consultants at IG BrewTech. They have been in the industry for long and will surely help you become the best one in the market.

To know more you can connect with Ishan Grover, a brewing consultant in India or you can email him directly.

Article Name
Beer Brewery in India
Description
Beer is one of the most consumed drinks in the world. If you are to compare it with the popularity of tea and coffee, well maybe you lack somewhere. Irrespective of gender and age, people of all ages enjoy having a beer. Don’t there? Well, a lot of people consider that beers cost them a lot. It won’t if you get your bottle of beer from the beer brewery in India.
Author
Ishan Grover
Publisher Name
Organization
Publisher Logo